Warning: This post needs to be read with care!

If you are in software testing or software development, you may know something about the so-call “tester vs developer” relationship. I don’t know who started the fight first or how come their relationships get worse, but it’s clearly that developers and testers often don’t like each other.

Developers basically don’t like testers, but what if I tell you that you can make them hate you more?

In this post today, I’ll share with you 10 easy ways to make developers hate you. “Wait, wait…, Thanh! I have enough trouble with my developers, are you saying that you will share more tips so that I can destroy the relationship forever?”

Well, I don’t know, it’s up to you to understand what I’m trying to convey via this post. 🙂

Want to make developers hate you right away? Report a critical problem with vague or no further information so that they have no idea about the problem. Like this one:

Why this can make developers hate you?

We all know that developers rely a lot on the tester’s bug report to understand the bug and fix it properly. If you are sending them a bad bug report, you will put them off entirely.

Related read: 3 Simple Reasons Why Your Bug Report Sucks and How to Fix it

#2: Criticize developers for their bugs personally

The developers often feel bad when you find the problem in their code. You can make them more embarrassed by pointing out exactly who wrote “that great line of code”.

“Developer should do a better job when fixing this problem”

#3: .. And criticize them publicly

Want to make things worse? Don’t just criticize them, but do that publicly.

You can do this by pointing out the specific developer who should be responsible for the problem in bug tracking system where everyone can see what you comment. You can also do this in team meeting and especially with management team involved.

Why this should work?

It’s because you are touching to one of the most sensitive parts of the developers. They are their egos.

“91 percent of developers feel they are the most valued employees at their company.” – A survey conducted by Chef in 2014 with 1,000 developers in the USA. 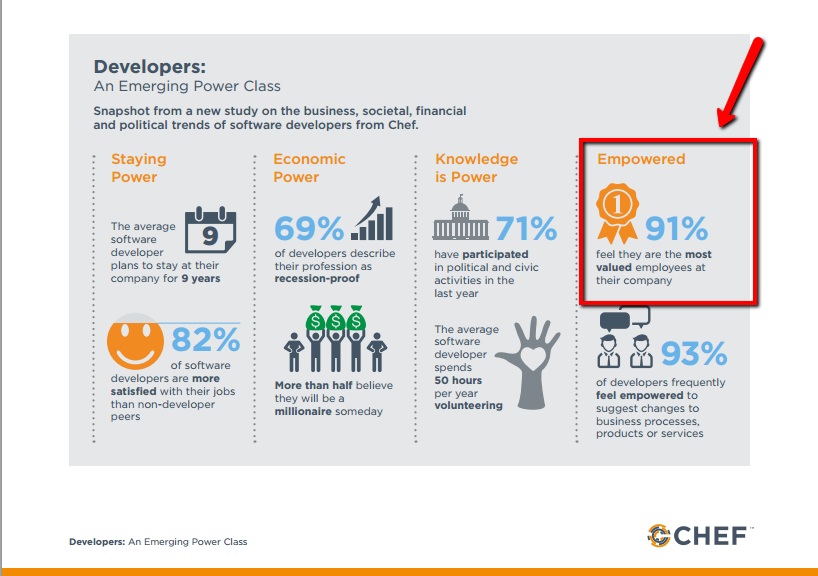 #4: You test the wrong build and report a showstopper bug

It’s a must for tester to test the system and report the problem in the right environment. Do you want to make developer surprised, try this:

1.Developer releases a new build for you to test

2.You pick up the old build and start working on it

3.Next morning, you rush to developer’s cubicle before he can make his cup of coffee and say “hey, I found a showstopper bug in your build yesterday”

4.You then show him the problem on your PC

5.The developer then spends his whole day to analyze and debug your problem and at the end of the day, he discovers that you tested the wrong build.

“Hurrah, you did it”, now the developer will remember your name… for the rest of his life

#5: Report the problem, tell developers how to fix and give them a deadline too

You know that even though you are just a tester, you have good technical skills too.

You can show off by not only reporting the problem but also provide steps-by-steps guide to developers to fix the problem.

You don’t just suggest solution, you make your developers understand that this is the only way to fix the problem. Oh, and by the way, don’t forget to give them the deadline to fix the problem because this bug is affecting your testing schedule.

“To fix this problem, you simply do this [step guide to fix the problem]. It’s quick fix I think.

Btw, can you fix this problem by this Friday because I need to finish my test next Monday”

Why this can make developers hate you?

By doing this, you are showing that you are more intelligent than developers and you know better than them. You are also showing you can control the developer works by providing the deadline too. 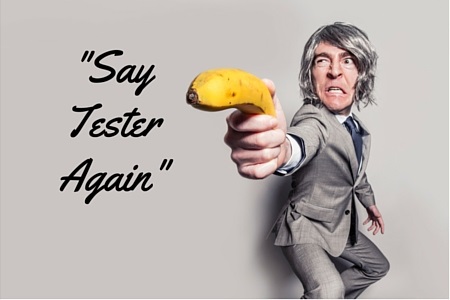 #6: Insist developers to fix every problem you found

You feel bad when your bug is rejected or marked as Will Not Fix. Your manager will doubt your competency as a tester. To prevent this, you ask, you urge, you beg your developers to fix every single bug you found regardless of the severity or priority of the problem.

If the developers reject to fix your problem, you write a long email to discuss back and forth to give them reasons why they should fix your bug (even though from the bottom of your heart, you know the problem is not worth fixing at all). You can also escalate to management if you cannot persuade the developer to fix your bugs.

Why this is a great idea to try?

Well, you assume the developer is there and has all the time in the world to fix every bug you found.

“Hey, what’s problem with that? That’s a developer’s bug. They wrote bad code and now they have to clean the mess they created.” you might ask

It’s true that fixing the problem is developers’ job, but don’t forget that developers also have their own development schedule and they have a deadline to work with as well.

You test the build and you find many bugs? What would normal testers do?

They report bugs right away and as soon as possible because the cost for late fix is high.

That’s what normal testers do, you may want to do it differently

You do not report them at once, well you can report some, but you would like to save the best for last. You only report this showstopper problem a day before the system goes live with the hope you can stop the show and get your credit.

Why developers hate this?

Developers hate last-minute surprise. This will cause a lot of problems and risks when fixing such a last-minute problem. A quick fix will cause more risks, a more thorough fix will need two or three days, which is impossible because release schedule has been fixed.

#8: You play role as a gatekeeper

Here is what a tester is doing a gatekeeper role:

“If the developer does not receive a “Pass” from you, the build is not released”

Not all testers have that power and authority to do that, but if you are lucky and you can play role as Gatekeeper and take advantage of that.

Here’s one thing you can do:

You reject the build from developers if you find any single bug in the build and if developers insist to release the build, tell them that they will be in charge of the quality of the product or any complaints may have from customers.

Why developers hate this?

Developers hate to compromise with testers, but you leave them no choice because now they have you as gatekeepers.

#9: You write a ton of duplicate defects

Needless to say, this is one of the most famous frustration of developers.

How to do this?

When you find a bug, do not spend your little effort to search in the bug tracking system or double check with your peers to see if the same problem has been submitted before. If you are following this “best practice”, you are on the right track to make developers hate you.

Duplicate bugs mean that developers will waste their time on reading the bug, analyze the bug and finally find that the same problem has been filed before. If you can repeat this day after day, developers may call your name in their dreams.

#10: You interrupt them while they are coding

While your developers are coding, try to ping them just to say that you have just found a “great bug” in their code. Five minutes later, you write another email to ask for the document of a feature that they are not in charge of. Sometimes, you pass by and describe the issue you found in the system and ask their ideas to see if it’s a bug or not.

Why this can drive your developers crazy?

While coding, developers need to totally focus on their works. They are their moments.

It’s really frustrating when their thoughts are flowing like a river and then you interrupt them. 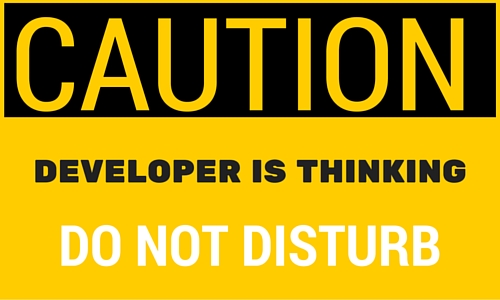