Interview with Pradeep Soundararajan – An Expert in Software Testing, Founder of Moolya and Appachhi, India 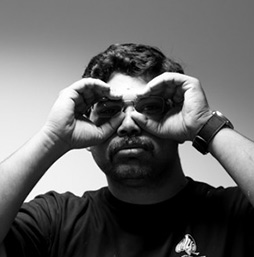 Welcome back to Interview post series. It’s been quite a long time since my last interview with Andrew Kelly

Anyway, I’m very excited to tell you we are having an interview with a special guest today.

That special guest is Pradeep Soundararajan.

For those who are not familiar with Pradeep, Pradeep is an expert in software testing, a Founder of Moolya and Appachhi, and well-respected tester in India. In this post today, Pradeep will share his experience in software testing and his journey as an entrepreneur.

1. Hi Pradeep, it’s my honor to have you with AskTester. Your profile is very interesting. You have experienced different roles such as software tester, test consultant and entrepreneur at Moolya and Appachhi. Could you share a little more about your journey so far?

Well, when I had less gray hair than today, I used to think that I have accomplished something cool.

After enough gray hair settled in, I discovered that everything I have done is what I wanted to and there is nothing to be branded cool or interesting to myself.

My journey has a common theme as I look back and understand where the journey has been towards.

It has been towards solving testing problems.

I became an independent consultant from being an employed tester because I thought that will give me more wing power to understand the testing problems and solve them.

Then I transitioned from a consultant to building and running a testing services organization.

And now in parallel to the testing services company, Moolya, I am building analytics driven test automation platform for mobile apps in Appachhi.

So I see it as Employed Tester -> Independent Consultant -> Testing Services -> || Testing Product.

However, what is important is I haven’t yet solved the testing problem at a scale I want today. Maybe in India, I am close to a tipping point. I am a year away from scaling globally.

2. How do you think software testing skills help you in the new role as an entrepreneur in Moolya and Appachhi?

We always build on top of something we have.

Learning to test software actually opened up the world for me. It helped me learn to connect with people, be able to understand them, and help them solve a problem. As an entrepreneur, I am looking at what is the problem, how big is the problem and what do I have to help solve my customer’s problem.

3. From the perspective of test consultant and entrepreneur, what is the most common problem the organization is facing with software testing?

People. And everything around them. Not the software. Not the technologies. 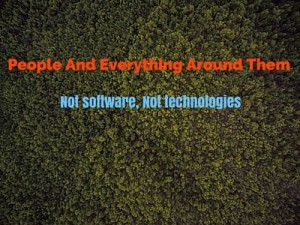 4. I happen to know that you were once fired as a tester in an organization. What’s wrong?

Actually, fired more than once. Once officially on record. That was in Motorola.

I never get tired of telling this story because it’s an important one to me.

I was a mobile app tester of the pre-smartphone era. I was asked to test a Speech Recognition software in a phone. I tried all the tests, they failed and I blocked the feature. This triggered emails to all top management as this is like a red flag. On investigation I found that the reason my tests failed is because the phone was loaded with Australian English language pack.

I was asked to pass those test cases and I arrogantly denied.

Plus, I did exploratory testing against their need of scripted approach and found plenty of bugs. They had this beautiful system, then that every bug reported should be matched to a test case. None of the bugs I found had documented test cases and I couldn’t report those bugs. I violated the rule and mapped it to some other test cases and reported the bugs. Those bugs were rejected because the mapping to test case was wrong and developers marked it as “WAD – Works As Designed”. How on Earth would someone design a crash? I argued over it. I learned from my Lead that if we now add test cases for the bugs I found, then the question will come as to why we missed important tests when we signed off.

This was their Six Sigma attitude and Process Frenziness.

I was constantly pissing my manager off with such things and one fine evening, he called me over the phone and said I was fired.

5. You are in software testing for a long time, what are the trends you are seeing with testing?

I am seeing the same trend that existed 12 years ago continue and hence it is a dangerous trend. However, there are plenty of things that are happening that are hopeful to the industry. I am hoping that someday my work will contribute to the hope.

6. What are critical traits you think a tester must have regardless of the trend?

Let me put it this way.

If I were to restart my testing life, I would start with what James Bach and Michael Bolton teach in Rapid Software Testing as I think it should become “Introduction to Thinking” class to many thousands of testers.

After that, I would take classes from Rob Sabourin followed by spending time with people like Julian Harty, Rahul Verma and Alan Richardson learning to code, script and learn automation frameworks.

After all that, I would spend time with Jerry Weinberg to learn social skills and people dynamics.

Before I head to my first job as a tester, I would stop over meeting people like Keith Klain, Henrik Andersson on how I can keep myself open to entrepreneurial opportunities.

Plus, I would make all interesting testers my friends so that if I face a challenge in test, I know people who are on the ground solving those challenges to seek out.

New in software testing? They are like babies in the world. No advice, I shall only offer love and care when needed.

8. What are your favorites (and trusted) sources such as books, blogs, courses where testers can go and learn from?

This is a tough question.

There are plenty of links. I think what is a good idea to start with anybody’s blog and look at their blogroll and keep following that.

Lessons Learned in Software Testing – Kaner, Bach, Pettichord is fundoo for all times.

9. I’m so sad to know that you have ended your blog (one of my favorite blog), where else testers can follow you and learn from your experience?

Yes, I decided to end my Tester Tested blog. I don’t actively write on testing right now, but people can follow me on Linkedin for the posts I write or look at my company blogs where I might occasionally write something on testing.

AskTester: Even though Pradeep ended his blog, he’s still keeping his blog posts living there. Check out his blog, there are tons of things to learn from there.

10. Last question, how many testers does it take to change a light bulb?

None. There’d be an argument in the dark that never ends.

Thanks Pradeep so much for your time and great sharing with AskTester. I wish you all success in your new journey as an entrepreneur.

Pradeep Soundararajan is the real life Kung Fu Panda. He has achieved inner peace and waiting for the part 3 to release. His nomadic career life of 12 years in testing has been something like – Starting as an employed / contracted tester and moving to an independent consultant to founding and running Moolya, a testing services company and now adding an extra ounce of life as founding and running Appachhi, a product company.