Regression Testing for Beginners: What, Why, When, How?

Regression testing is one of the most interesting topics to talk about. People talk about it all the time (but strangely, I’ve never talked about it here on AskTester :D). Some love it, some hate it but people seem to do it in any testing projects.

The reason is simple: regression testing too important to be missed out.

Even though regression testing is common and people do it a lot, people do not know how to do it right, or worse they have never heard about it.

What is regression testing?

There are several definitions, but here’s the one I like:

Regression testing is the process of testing changes to computer programs to make sure that the older programming still works with the new changes.

and here’s another definition, from my reliable friend Wiki:

Regression testing is a type of software testing which verifies that software which was previously developed and tested still performs the same way after it was changed or interfaced with other software.

Simply put, a regression test is a test to make sure that in your software what worked in the past still works at the moment.

But why we need regression testing?

Software these days is too big and complicated to make it right for the first time. It’s not practical for developers to build one big build including all the features and release it to customers. Instead, developers build small builds and each builds just covers a certain feature of the software. As you can imagine, the later build will also be “bigger” than previous builds because features in the previous builds will also be brought into the later builds.

They keep doing that until having a final build with all the features completes and then release to the customer…like this: 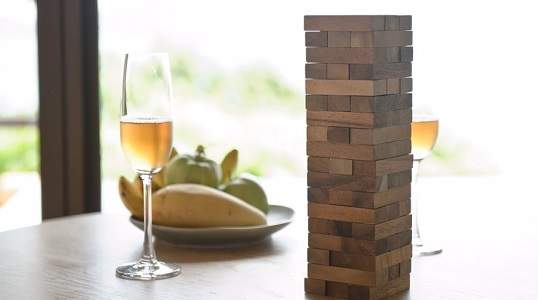 Most of the time, developers often have to deal with “builds” (or “releases” or “sprints” depends on what shop you’re in). Developers will basically do two things in a build:

#1: Write code to implement new features for that build

#2: Make sure that writing code for new features does not break previously working features

While most of the developers can handle the task #1 of writing new code to implement a feature nicely and easily, developers often overlook the task #2 of making sure new code not breaking old code.

Things are perfect until developers start making some code changes…. 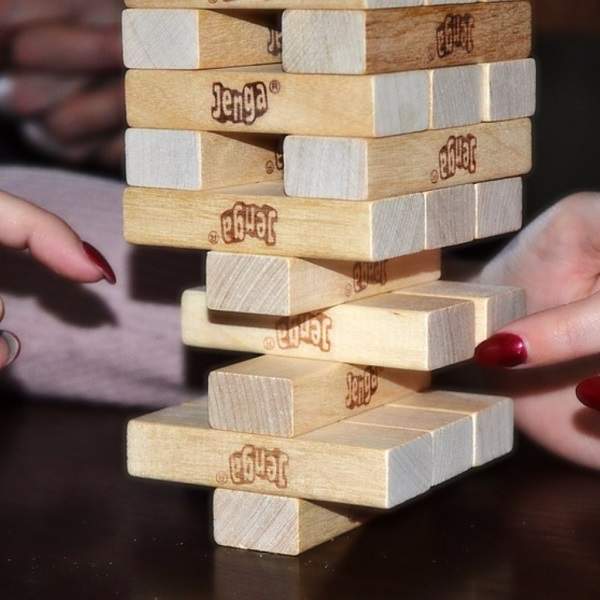 “Common man, I just added/removed one line of code. Things will be alright”

“I only made a minor change here..and there”

Not to mention, some developers overrate themselves.

Don’t get me wrong, I’m not saying that developers are telling lies (even though some do), in many cases, developers are not fully aware of the impact of their code to the entire system. It’s not really because of developers’ competency, but more often it’s because the system is too big and complicated to draw a clear line of what’s impacted, what’s not.

As the saying goes “what can go wrong will go wrong”, so in order to avoid unwanted impact and side-effects of code changes, every build needs to be tested to verify new features works and old features work as well…and we call that test “regression test“.

When to do regression testing?

A regression test is often performed whenever there’s a change in the system, this includes:

However, in practice, testers do not have to run regression test for any changes. A team needs to evaluate the risk and see what changes worth the effort of regression testing.

While regression test is crucial and considered as a must-have in any software testing life cycle, there are cons as well. There are different reasons, but it boils down to this: 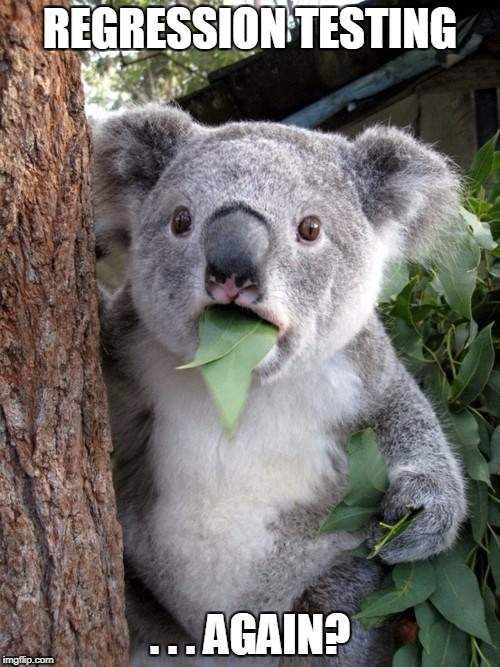 Running the same hundred of test cases build after build where most of the time the test case will pass the test case is not fun at all. As a result, you get careless…and this is dangerous. Once you are indifferent and not paying 100% attention to your work, it’s easy for you to miss a step or worse you may miss bugs…that’s bad.

Solutions? Automate your regression test. Actually, regression is a perfect type of test to be automated. Here’s why:

When it comes to regression testing, if implemented properly, the machine tends to do a better job (and faster) than the human does.

Think about the scenario where you have all your regression test cases automated, so whenever you have a new build,  you kick off your automation test and you then can get the test result in next couple of hours instead of 1-2 days if the tests are executed by testers. Also, if your regression test suite is big, you can have it executed overnight while you sleep and you can get the result next morning.

How cool is that? Needless to say, machine is very precise in the way it runs the test and the best part: it never complains that regression test is boring 😀

By having your regression test suite automated, you are now having more time for other testing activities like exploratory testing, test reporting, defect reporting, test planning, etc 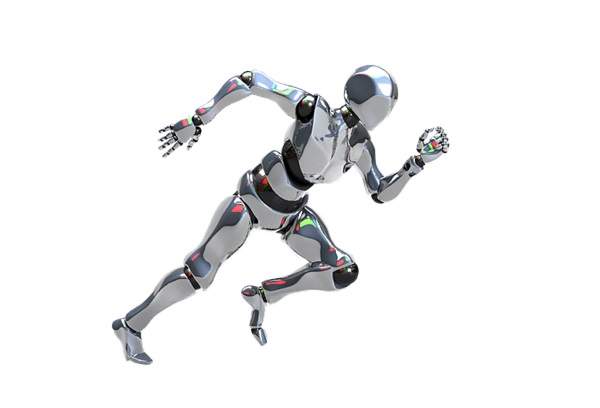 Of course, test automation has its own problem and it deserves a separate post for it, but trust me, if you can have your regression test automated, you are maximizing the benefit of it.

How to do regression testing?

While every project is different, here’s the basic regression testing process:

Disregard of the projects or the tools you are having, having a regression test suite is the prerequisite.

Once you have your regression test suite, your next steps are: 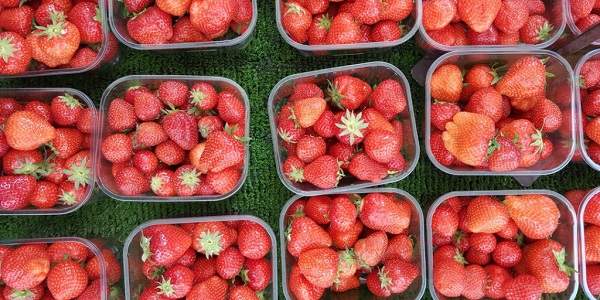 By categorizing and prioritizing the test cases in your regression test suite, you can always group your test case and know what test cases need to be run first,  what tests can be run later when you don’t have enough time or it doesn’t make sense for full regression test.

Wait! You will run them but before doing that, ask yourself the following questions:

Why do we need to know that? Here’s the thing:

What would happen if you are planning your regression test suite and assign tasks to team members to run the regression test, but at the end of the day, you realize that one of the most important features of the system is entirely broken that it doesn’t make sense to run any other tests. Now you and your team wasted time to test the failed build.

So, before running regression test suite, make sure that the build is good enough for further testing. You can achieve this by performing a build acceptance test, smoke test or sanity test. A smoke test is often a small subset of your regression test suite consisting of critical scenarios of the system under test. This test is often a short one (often takes 1-2 hours to perform). If any of the test case in the smoke test is failed, you can claim the build is not good enough for further testing and the notify developers/managers accordingly. This can save you and your team a lot of time.

Once you have a list of test cases need to be regressed, you now can start the test. If you already had your tests automated, you now can kick off the test and go and make some coffee 😀

Once you finish your regression test, the final step is to review the test result before sending out the report to managers. Basically, you need to review the followings:

Some FAQs about regression test:

What’s the objective of regression test?

When performing regression, should I follow the steps strictly or deviate from the steps?

There’s no set-in-stone rule about how to run regression test suite. Theoretically, you need to follow the regression test strictly steps by steps when running them. However, following steps-by-steps is boring and not so effective in finding new defects where most of the time the tests are passed. So, the solution is to follow the steps but give you time to deviate from the steps to explore a bit more of the feature.

Can regression testing be automated?

How much is regression testing enough?

My team does not have time for regression test, what should I do?

This is not something uncommon in the testing world. In some companies, test team is often put at the end of software project life cycle and as a result, testing is often put in a state of not having enough time to run the test cases. There are two choices for you:

While changing your company process or asking for more time is the best way to do, but most of the time, testers are often not in the position to make such changes. I’m not saying that you cannot change, but it’s tough and requires a lot of effort and conditions to make things happened. What you are ended up living with what you have in hands.

So, what you do if you don’t have much time left to test? Here’s suggestion:

Regression testing is one of the most powerful testing activities…and just like anything that is powerful, it can help you strengthen your testing and make better software but it can also be very costly. So, when you do it, it’s recommended to focus on the value (e.g. what you will benefit) from that activity. Also, if possible, consider to automate it to get the most out of it.

Don’t do regression testing just for its own sake, do it for reasons.