Software Testing Humor and Jokes that Brighten Your Day – Part 2

As promised, here are the Part 2 of Software testing humor and jokes. If you missed the Part 1, you can read it here

To tell somebody that he is wrong is called criticism. To do so officially is called testing. – Gaurav Khurana

Developer: There is no I in TEAM.
Tester: We can’t spell BUGS without U – Dima Al-Adham

We used to have a running list of great “quotes you never want to hear from your Developer” on one of our white boards. One of my favorites was (and I’ve caught QA Automation folks saying this too) “I don’t know how this code ever worked. – Mary DiModica-Kulju

A programmer to me: “It puzzles me. The minute I hand the build out to you people, it does not work anymore – Mr. M. Lee

First, solve the problem. Then, write the code 😀 – Mohammed Javeed 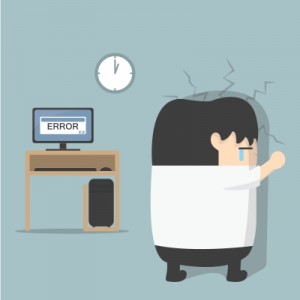 Image courtesy of Mr-Vector7 at FreeDigitalPhotos.net

If the user can’t find it, the function is not there – Elizabeth Goldstein-Rice

Came across a bumper sticker:

Developer: Service Pack 2 obsoletes previous Service Pack 1. The regression tests from SP1 are not necessary, but I have attached the SP1 testing recommendations plan for your reference
Tester: Still thinking.. – Vivek Sharma

It’s funny when the manager said the regression need to be completed by noon and you send a note that mentioned that the environment is down and the DB is crashed, but you will do your best as a tester. – Josue Catzim

Don’t test it as a NASA application ! – Gopi G

Dev: That can’t be a Sev.1 issue, it is only a one line fix.
Manager (Dev and QE): Technically a data loss problem is always a Sev.1
– Paul Bagley

Product can’t be defined good until we tested, so developer be careful while coding. – Swamulu Kakumani

Serious statement from a developer to the project team working on buggy product: “We should go straight from development to the production environment.”.
Proj. Team: Roars with laughter at that developer.
Me: A sigh of relief that the rest of the developers agree with me that this person is clueless.
Dev to a Tester: Would you mind posting Sev 1 and 2 defects after Christmas? Else, I won’t get my Christmas vacation 🙁 – Eric Fomby

We use a term for bugs raised in error: PICNIC.
Problem in chair, not in code
– Mark Grady

Watching new testers are always fun when testing for the 1st time especially when you have a Dev team with a sense of humor. Planting a few Easter eggs with weird errors in the system can make up for allot of laughter , and when asked to please re-create the error, there is none! We once had a tester that called the system possessed, and refused to test further. – Hester van Zyl

Heard of a colleague in the past drawing test measurement graphs by hand because he’s been doing that job for too long and he knew exactly what the graphs would look like. That’s like going from automation to manual. – Joseph Redimerio 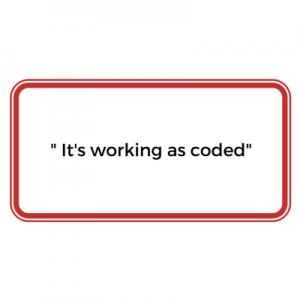 My absolute favorite is: “It’s working as coded.” – Carlos Eduarte

It’s already been said, but I think it’s worth repeating…We try to set our test machines up to simulate the customer’s environment. When the developer says “It doesn’t work that way on my machine”, I always remind the developer that the customer won’t be sitting at the developer’s desk while they’re doing their job.

Then, almost under their breath they’d say something like…”I probably should have tested it after installing that <*insert some software application name here*>”. – Daryl Randall

If you see a leak, take a dump. (Both of the memory of course.) – Michiel Vanthuyne

Dev: There might be work around to do that BUT Google / blogs say that it is not possible though 🙂 – Salman Abdul Ghafoor

Overheard after another disastrous sprint, ” This is not agile, this is futile” – John Wilson

I just heard this one this morning: “No one uses Windows 7 32 bit, so it’s not a bug” LOL
I’m still laughing about that one…
– Freddy Vega

Me: Where can I download the latest release sw ?
Senior Dev: I used “goggle” ..try please
We are still laughing… – Giuseppe Torchia

This may or may not fall in humorous category but I often saw my team lead saying when tester had not done a great job that “Under testing is a sin, over testing is a crime” 🙂 – Fahad Hashmi

We have a vast untapped pool of QA Engineers…. OUR CLIENTS! – Clinton Hart

CEO: Lee! What are you doing in my liquor cabinet?
Lee: I need to test how the app is going to behave after the user has had Tequila. – Lee Harris

Humor is not always appreciated –
I once asked if the offshore development guys had a time machine that allowed them to go back in time and fix a bug before I raised it – if not then I did not believe it was fixed in their last release I was currently testing as they claimed – apparently they were not amused and I got told off by my boss who was trying not to laugh.. – Ramon Brambley

Why did you test it that way? The users should never do that. – Herbert L Warren 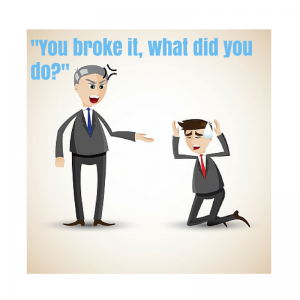 You’ve broke it! What did you do? – Kapur Birdy

My favorite is always “That can never happen in the field”, 5 minutes before the call from support… – Bill Osborne

When asked by the visiting ‘big cheese’ how long they’d been working there, a reply of, “Since 9 o’clock” – John Wilson

* expert: I do not know I have done only functional testing

* me : i usually use harmer and browser.

* : this is interesting question.
After ten minutes
email from expert: Giuseppe, can I ask you where i can download harmer and browser tools?

me – I want to die ….years of studies in agile testing….this is Italy
– Giuseppe Torchia

Testing an eCommerce site for fashion store.
Test manager: ‘Bob are those ladies high heeled shoes you are wearing today?’
Tester Bob: ‘I was told they are unisex shoes boss, remember you told me to put myself in the shoes of the customer’
Test Manager: ‘Okay so that explains the shoes, what about the red lipstick?’.
Bob smiles and points to the testers’ motto of the week
‘Pay attention to the small details’
– Andrew Kelly

I remember this one from Jim Hazen “It’s Automation, Not Automagic!” – Thanh Huynh

Dev :- How many scenarios you have written for this feature ?
Tester : 100
Dev : i did the testing in 20 only
Tester : Because you have tested the code , i need to test the requirement.
:):)
– Gaurav Khurana

A man in a hot air balloon realized he was lost. He reduced altitude and spotted a woman below. He descended a bit more and shouted, “Excuse me, can you help me? I promised a friend I would meet him an hour ago, but I don’t know where I am.”
The woman below replied, “You’re in a hot air balloon hovering approximately 30 feet above the ground. You’re between 40 and 41 degrees north latitude and between 59 and 60 degrees west longitude.”
“You must be a tester,” said the balloonist. “I am,” replied the woman, “How did you know?”
“Well,” answered the balloonist, “everything you told me is, technically correct, but I’ve no idea what to make of your information, and the fact is I’m still lost. Frankly, you’ve not been much help at all. If anything, you’ve delayed my trip.”
The woman below responded, “You must be in Management.” “I am,” replied the balloonist, “but how did you know?”
“Well,” said the woman, “you don’t know where you are or where you’re going. You have risen to where you are due to a large quantity of hot air.
You made a promise which you’ve no idea how to keep, and you expect people beneath you to solve your problems. The fact is you are in exactly the same position you were in before we met, but now, somehow, it’s my fault.”
– John Wilson 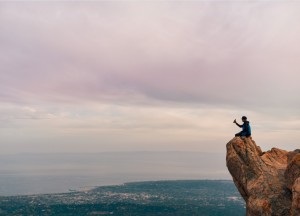 I had a Development Manager say to me “QA needs to log fewer defects because I’m concerned about quality”. I said “did it ever cross your mind to deliver better code to QA?”

Here’s a list of some of my favorite developer responses to defects:
“That’s weird…”
“It’s never done that before.”
“It worked yesterday.”
“How is that possible?”
“It must be a hardware problem.”
“What did you type in wrong to get it to crash?”
“There is something funky in your data.”
“I haven’t touched that module in weeks!”
“You must have the wrong version.”
“It’s just some unlucky coincidence.”
“I can’t test everything!”
“THIS can’t be the source of THAT.”
“It works, but it hasn’t been tested.”
“Somebody must have changed my code.”
“Did you check for a virus on your system?”
“Even though it doesn’t work, how does it feel?
“You can’t use that version on your system.”
“Why do you want to do it that way?”
“Where were you when the program blew up?”
And the Number One reply by programmers when their programs don’t work:
“It works on my machine.”
– Charles Huntington

Heard this too many times to track:
Me: It’s not working as defined in the Conditions of Acceptance (CoA).
Dev: Oh, we changed that – didn’t I update the CoA?
– Georgette Rehfeld

Working in virtual image environments,
the dev in question would respond to me “It’s something wrong in your image.” – Georgette Rehfeld

I had a dev close a bug with “Hostile User environment” The test was given to me by my PM, it went as follows ” User deletes file as it is being downloaded”
Dev Team
If the tester breaks your code 5 seconds after getting it, you should feel bad about yourself.
Thanks, (Name withheld”)
– Thomas Courser

It depends how black your humor is, but this is a true story. It happened to a friend of mine. He had to work over the weekend, testing a new product. I asked how many tests he had to do –

Him: Over 5,000.
Me: Wow! Will you get them all done?
Him: Probably not.
Me: So what happens if you don’t?
Him: The company will send it out Monday morning anyway!!!

But I think you are right – we need humor in our work to keep ourselves sane!
– Mark Porter

DEV: “If it compiles, I’m done, testing is your job”

(that was actually the exact statement from a DEV to me about 2 years ago, still can’t forget it, especially because me myself was a DEV, too, but I’ve never practiced such kind of attitude. When someone found a bug in my code, I felt bad and tried the best to avoid such incident for the future…but who am I…that was 10 years ago….=;O)
– T. J. Zelger

During UAT..
PM: “QA, you have tested it so many times, why have not you caught so obvious scenario? What are you guys doing? I don’t need QA, let’s get rid of them, we are good to go with dev team though, bla bla”
Pin drop silence from QA.
No comments about dev team.
Very next day..it turned out the issue was due to a missing file at client end 🙂
PM: “QA, you did great job, client is more than happy, again bla bla from different angle”
– Salman Abdul Ghafoor

This issue of because of browser cache. Clear them.
This is browser specific issue I can’t handle it.
– Mahesh Badale

Subscribe now to be updated on humor and jokes in future!